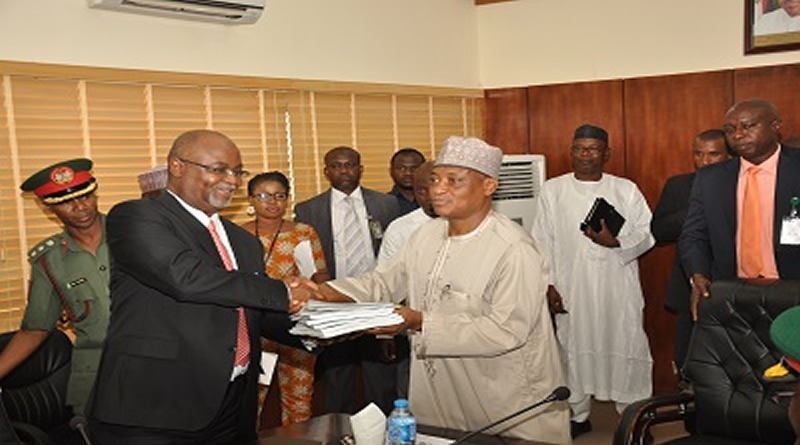 The Nigerian Army has proven and remained the cardinal point in security management in the country and will continue to remain the symbol of the national unity.

The above remark was made by the Honourable Minister of Defence, Mansur Muhammad Dan-Ali while addressing the National Union of Bauchi Students who were in his office to confer on him an award for his tremendous contributions to nation building and his great efforts on the Ministry of Defence in tackling the security challenges of the nation.

The minister said that the present period are challenging that without the leadership of the president Muhammadu Buhari administration and the efforts made in the North/East region by the Armed Forces, the situation would have been worse.

The minister enjoined the youths, especially the upcoming ones are the leaders of tomorrow to look forward in joining this noble profession, the Nigerian Army.

Earlier in his speech, the National adviser of the Bauchi State Students Union, Mallam Abdulrahman Sadi said that they have come to commend and appreciate the Honourable Minister of Defence for his tremendous contributions to nation building and his great efforts on the Ministry of Defence in tackling the security challenges of the nation.

Abdulrahman further said that the country has never experienced the kind of security challenges like that of the Boko Haram, the Niger-Delta and the Fulani herdsmen, adding that they are happy normalcy had begun to return to these regions, following the way the military and other security agencies  had decimated all these groups.