The resolution of the myriad of security and social-economic challenges of the community of Sahel-Saharan States (CEN-SAD), could potentially determine the direction of African, global peace and security, stressing that building a peaceful, secure and prosperous CEN-SAD lies in the collective efforts of member states.

The president and Commander-in-Chief of the Armed forces of the Federal Republic of Nigeria, President Muhammadu Buhari said this at the opening of a three day intensive meeting of the Ministers of Defence CEN-SAD States, in Abuja, with the theme: “Consolidating the Achievement of fight against Terrorism through Development Actions”.

The Commander-in-Chief noted the importance of strengthening individual member nation security frameworks, to enable the emplacement of sustainable social economic development efforts and added that  GEN-SAD states “must leverage on current successes achieved in the fight against terrorism and the cross-border crimes to enhance our national/regional development.

Further to his word, he admonished stakeholders “while we collectively grapple with the clear and present threats of terrorism, we must recognize other fundamental security threats that continue to devastate our community, which includes the ecological threats like; desertification, erosions, and droughts as well as the phenomenon if forced human migration”.

He stressed the need for leaders in the national, security and defence establishments in various member states to “promote the agreements and partnerships that will enable the community reach these lofty objectives and to create the mechanisms for the community to act proactively in our collective interest”.

The Honourable Minister of Defence, Mansur Muhammad Dan-Ali, in his speech reaffirmed that the establishment of comprehensive social-economic union, based on a strategy implemented in accordance with a developmental plan that integrates national development plans of member states, which includes investments in agricultural, industrial, social, cultural and energy fields, remains the core mandate of the Community of Sahel Saharan States (CEN-SAD).

He also stated that the body sought to eliminate obstacle to integration by facilitating the free movement of individual, national goods, merchandise, services and encouragement of international trade.

He however said that the cooperation and collaboration by member states in the fight against insurgency and terrorism have yielded positive results in areas such as Multi-National Joint Task Force (MNJTF), comprising of troops from Benin, Cameroon Chad, Niger and Nigeria, operating in the Lake Chad Region against Boko Haram insurgency in collaboration with the Nigeria’s Operation Lafia Dole Forces.

The Honorable Minister further stated that the collaboration have significantly degraded the Boko Haram terrorists who are currently controlling any expanse of land in the region and their activities are now limited to suicide bomb attack on soft targets, adding that similar feat has also been achieved by the G-5 Sahel Joint Forces comprising also of troops from Burkina Faso, Chad, Mali, Mauritania and Niger. The alliance of these countries is to ensure normalcy in the territory of member states.

He further said that the meeting will provide a road map for inclusive but sustainable development in the community and also help in consolidating on the gains in the fight against terrorism.

Dan-Ali also enumerated steps taken by Nigeria on several development initiatives to address the root causes of terrorism in the country which include:

He urged the participants to use the meeting as a platform, to exchange ideas, consolidate on lessons learnt, in order to achieve the objectives of the conference.

He however, re-affirmed the unflinching commitment of Nigeria to the Community of Sahel-Saharan States, in the goal of eradicating terrorism within the community.

The Chief of Defence staff of Nigeria, General Abayomi Olonisakin in his presentation disclosed that

Herdsmen, cattle rustling, Kidnapping and armed banditry in the North-West and North-Central regions, illegal bunkering, pipeline vandalism and agitations for resource control by the militants in the South-South region, cultism armed robbery and kidnappings in the South West, the reality of climate change and global warming, all these together, constitute extant and emerging threats to Nigeria’s national security.

The Defence Chief further said that the terrorist have killed 200,000 people around Lake Chad, over 2 million have become refugees, 2.4 million internally displaced and all these people affected require humanitarian assistance.

Despite all these challenges, Gen Olonisakan said that Boko haram and its affiliates have been militarily degraded and no longer constitute a potent force capable of launching determine attack on any location or defending their positions.

He further, said that the success by the military, so far has been largely achieved through both individual and collective efforts of the countries in the lake Chad Basin and sustained operations and resulted in the rescue of scores of abducted.

Commenting further, he said that the success in tackling the Boko Haram in the Nigeria and Lake Chad basin Region could not have been achieved without the active collaboration and support of our allies, both within the Lake Chad Basin Region and beyond.

He extolled the achievement recorded so far in the against the sects, but also averred  that it will be premature to conclude that Boko Haram been completely eliminated, stating that with integrated approach, especially strengthening of regional security mechanism, the menace within our  countries and our region will be eradicate. 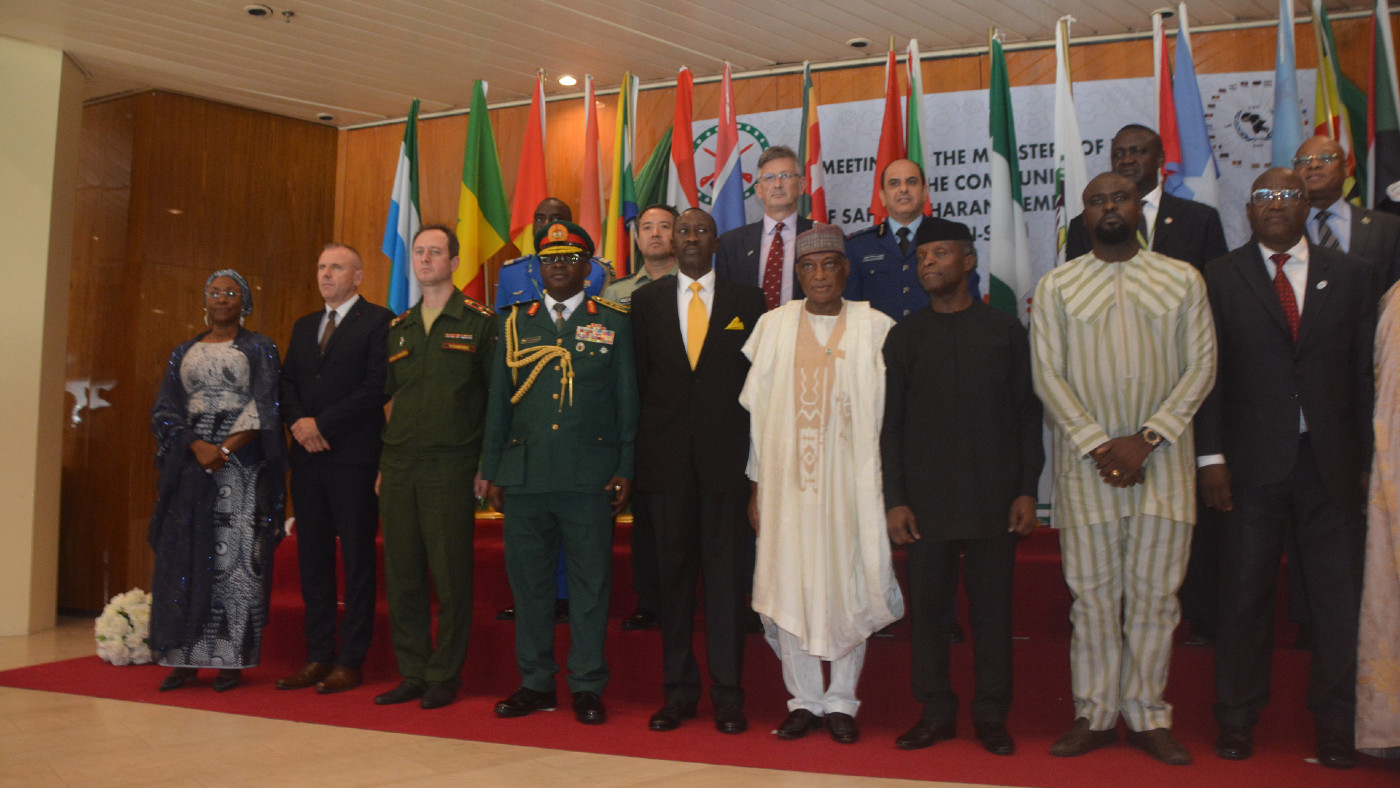