The Federal Government has expressed appreciation to the Government of the Republic of Belarus for continued support and understanding in normalizing security challenges in Nigeria.

Minister of Defence, Major General Bashir Salihi Magashi expressed the appreciation on behalf of President Muhammadu Buhari while receiving a Business Delegation from Belarus on a courtesy visit to the headquarters of the Ministry  of Defence,Ship House Abuja.

General Magashi noted that during the long relationship between the two countries, Nigeria has enhanced the operational status of its Armed forces in warfare equipment, platforms and training of manpower in the Defence cycle.

The Minister said Nigeria is interested in skills acquisition on intelligence gathering as it confronts the insurgents in the north east.

“In the nearest future we will collaborate to work on a memorandum towards possessing some of your products especially arms and ammunition which are modern and apparently convenient. This is in addition to expansion in training on counter terrorism.”He said.

Gen Magashi told Belarus Delegates that the government would explore the possibility of technology transfer to advanced Nigeria’s efforts in sourcing its basic armaments requirement locally to reduce reliance on foreign sources.

The head of the Belarus Business Delegation,Colonel Andrey Krasouski had told the Minister that they are in Nigeria to further cement the relationship between Belarus and Nigeria especially in Military equipping and personnel development in Intel and special forces techniques.

He said the Delegation would be glad to fast track understandings in arms acquisition, warfare equipment training and development of Specialised forces for specific operations.

Highlights of the meeting was the video display of the activities of the company in military manoeuvre, troop’s safety and rescue, riots containment and aircraft manufacturing, management and development.

For: Director, Press and Public Relations 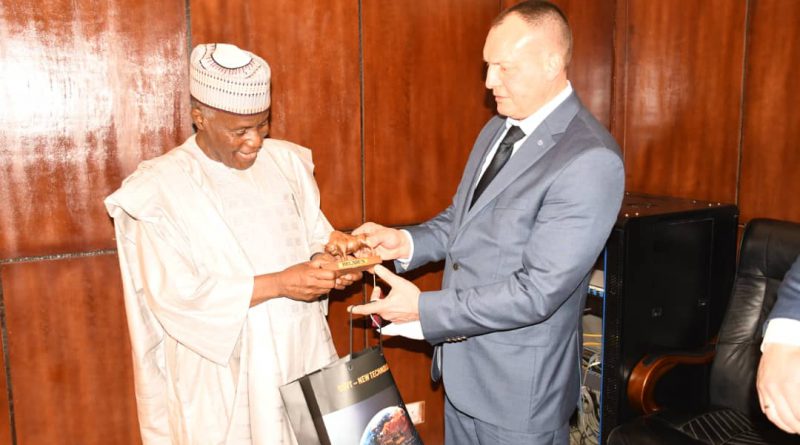