The retired Infantry General who took time off his extreemly tight schedules at the just concluded NAF 58th anniversary celebrations in kano to visit the hospital said the purpose of the visit was to inspect the state of the medical facilities in the hospital.

He said it was also aimed at gathering first hand information and to have on-the-spot assessment of the current status of the hospital with a view to identifying areas requiring immediate, short and long time planning to strategically re- reposition it.

The Defence Minister who was received, briefed and conducted round the hospital by its Commander Colonel Daniel Chukwunonye Ukwu seized the opportunity of the Minister’s visit to put on record some of the changes and challenges in the staffing, funding, operations and administration under his watch.

The Minister who was escorted on the visit by his Special Adviser Technical, Major General Ahmed Tijani Jibrin (rtd) and Special Assistant, Special duty Ibrahim Jubril Wudil had quality one- on-one interactive moments with some patients in the male and female wards.

He also inspected the theatre and other critical infrastructure in the hospital.

While on tour of inspection, General Magashi (rtd) administratively diagnosed and digested with utmost interest, the staffing requirement and took cognizance of the functionalities of the equipment in relation to their necessity, modernity and operability.

At the end of the inspection of the equipment that lasted for more than an hour, General Magashi identified tripordial options as workable solutions to optimize their functionalities for the benefit of the patients.

The three actionable templates going forward according to the Minister were the categorisation of working tools to be listed under the ones to either be repaired, replaced or upgraded within a clearly defined timeline and budgetry provision.

These critical areas of essentials requiring speedy executive buy- in to change the narrative in the hospital were carefully noted for intervention by the Defence Minister.

No doubt the visit of the Minister of Defence expectedly rekindled a new vitsa of hope for the better years ahead by the Management, staff and patients that a new life will soon be breathed into the hospital to enable it deliver on its mandate to meet the contempoprimary primary and secondary health care needs of the Military and Civilian target beneficiaries who are either resident in Kano or on referral cases.

The Armed Forces Specialist Hospital Kano which was established in 1999 is one hundred beded with one hundred and sixty two staff strength drawn from the public and private partnership arrangements and engagements including the Ministry of Defence and the Tri- services.
Signed-
Mohammad Abdulkadri
Special Assistant to the Minister of Defence on Media and Publicity
24th May, 2022 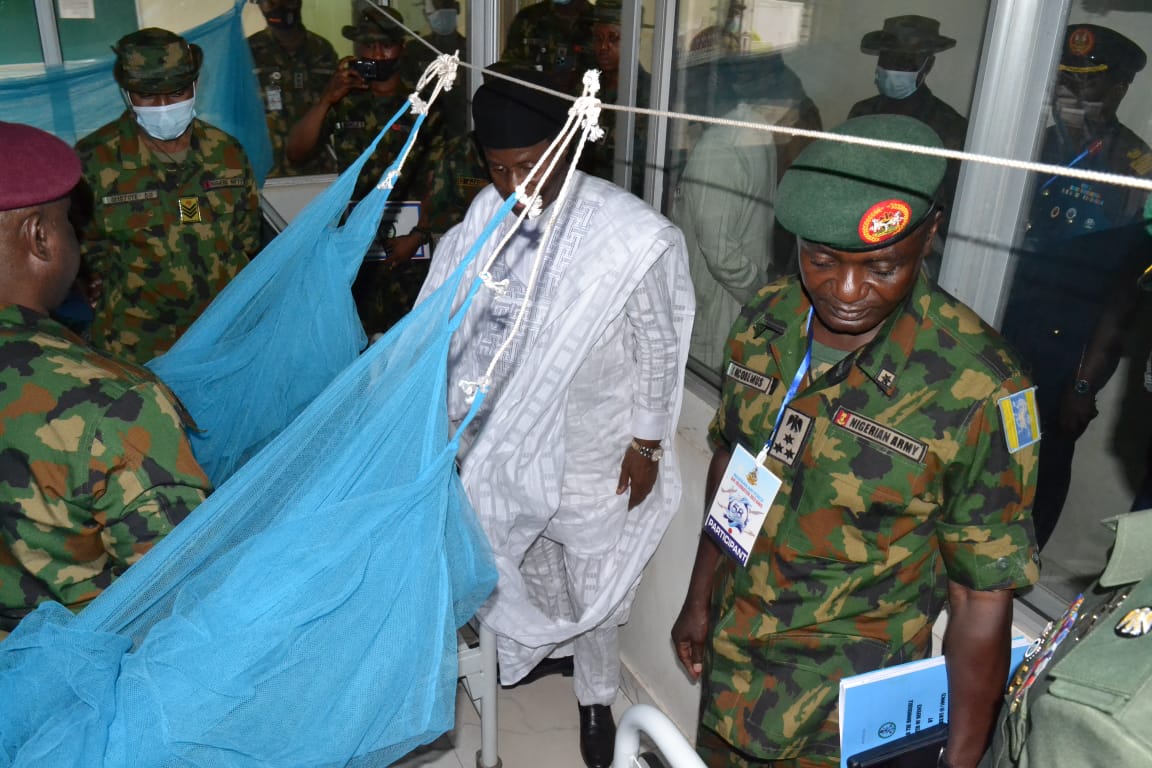