The Minister of Defence, Maj Gen Bashir Salihi Magashi (rtd) has assured the Arms Trade Treaty, ATT of government’s resolve to re- invigorating the nation’s mechanisms to address reporting deficit.

General Magashi gave this assurance in a message to the opening ceremony of A – 4 Day National Training Workshop with the theme;

The project organised by the Ministry of Defence in partnership with the International Action Network Small Arms,(iansa) women Network Nigeria is  supported by the Arms Trade Treaty Voluntary  Trust Fund (ATT – VTF) as captured under the 2020 Project Cycle.

The Minister of Defence who was represented by the Director Joint Services Department, JSD and National Focal Point Ministry of Defence, Mrs Olu Mustapha told the  Stakeholders to take maximum benefits of the Training Workshop towards understanding  their role in reporting system.

He therefore challenged Participants to come up with solutions and resolutions that will promote stakeholders cooperation and to close the perceived knowledge gap  undermining the Implementation of Treaty and reporting role in Nigeria.

While making reference to the recently inaugurated National Centre for the Control of Small and Light Weapons by President Muhammadu Buhari as a pointer to the political will of the present administration aimed at checkmating the illicit movements of Arms by Non – state actors, he said the challenges of internal security being accentuated by bandits, kidnappers and militants are being degraded by the gallant Fighting Forces.

Meanwhile, the Permanent Secretary Ministry of Defence, Musa Istifanus, represented by the Director Planning, Research and Statistics, Benson Odaman said the Training is part of efforts by the Ministry to decisively promote the needed cooperation among the Stakeholders.

Istifanus also reiterated other expectations from the training to include enhanced capacity building for the participants to  seamlessly perform their roles in Treaty Implimention.and reporting in Nigeria.

In his goodwill message, the Head, ATT Secretariat, Domisani Dladla expressed satisfaction with the huge turn out of participants at the training.

Dladla commended the Federal Government for the leadership role Nigeria is playing in the ATT as well as her   significant contributions  to regional and global security and stability.

Nigeria joined and ratified the Arms Trade Treaty as a State Party on 1st October 2013 and by so doing emerged the first country in Africa and the 3rd globally to do so.

The 4- day National Training Workshop which drew participants from the host Ministry,  Defence Headquarters,  the Tri – Services, Para- Military Institutions and parastatals will end on Thursday 14th this week. 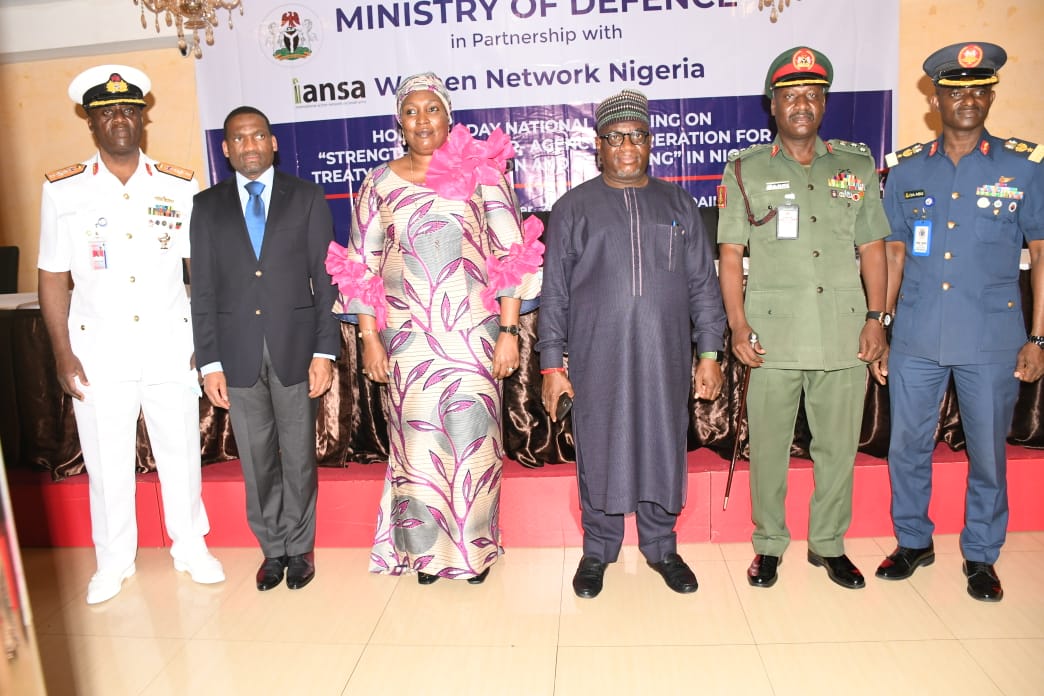