The Minister of Defence Maj Gen Bashir Salihi Magashi (Rtd) has reaffirmed commitment to the protection of the health of the Fighting Forces even as the nation contends with the challenge of the global Covid-19 pandemic.

He said the Ministry of Defence under his watch priorities the health concerns of the troops in various theatres of Operations across the country.

He said the Federal Government is investing heavily in meeting the required medical needs of the soldiers from time to time including the area of blood Transfusion for injuries sustained in action.

While recalling his experience with the rampart cases of traumatised soldiers in ECOMOG, Liberia and similar circumstances in the on-going Counter-insurgency Operation in the North East, he said the Ministry of Defence accepts proposed  partnership with the National Blood Transfusion Service.

This according to the defence Minister will bring about access to safer and high quality blood Transfusion and establishment of more Blood Service Centers within the Military Formations across the country.

He said the Nigerian Armed Forces Medical Services will also support  NBTS efforts to regulate and coordinate Voluntary blood donor mobilisation in the Military barracks and Military schools for the enhasment of Blood Service Supply Chain and delivery system.

He therefore appealed to the Minister to drum support for the success of the proposed One Million Safe Blood Units Initiative in the country.

Meanwhile, the Defence Minister is raising the bar of Intelligence Gathering and Public Support Mechanism to mitigate threats to national territorial defence.

The Indications to these emerged when

General Magashi  granted seperate audience to the Maj Gen Abdulahi Bagudu Mamman led Board of Trustees of the Global Initiative for Leadership  Success (GILS) and the leadership of Kano/Jigawa Chapter of the Alumni Association of the National  Institute (NIPSS) led by its Chairman Mohammed Sab’iu Umar, mni in his office.

While Commending the initiatives of the GILS and the Alumni of NIPSS in contributing to national defence architecture through laudable programmes he assured them of full participation of the Ministry of defence in their proposed activities aimed at adding values to safer and secured Nigeria.

Mohammad Abdulkadri Special Assistant to the Minister of Defence on Media and Publicity. 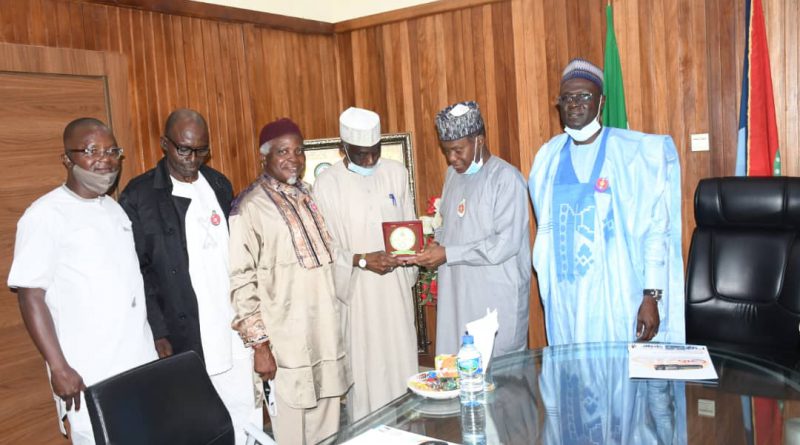