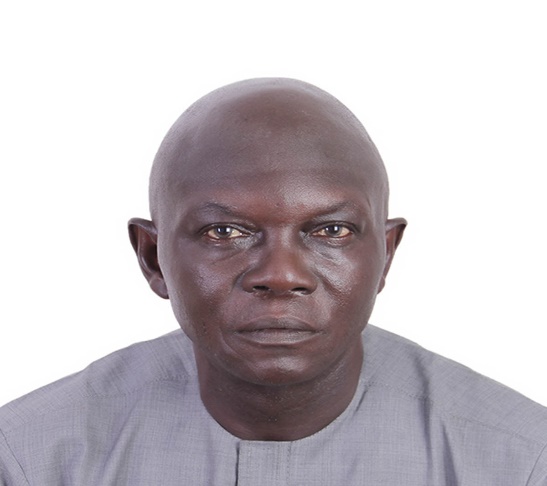 Olanrewaju Yusuf Olaleye is from Osun State and is happily married to his lovely wife – Abosede Florence Olaleye with three children.

He attended Government Secondary, Zuru, Kebbi State, where he obtained his West African School Certificate in 1979 and a Higher National Diploma (HND) in Quantity Surveying from Yaba College of Technology, Lagos in 1991. He also obtained a post-graduate diploma in Quantity Surveying from Federal University of Technology, Akure in 2001 and a Master of Science degree in Construction Management from Glasgow Caledonia University, Scotland, United Kingdom in 2008. He wrote his Master of Science dissertation on Housing Finance in Nigeria: The Way Forward.  Mr. Olaleye is a Fellow, Nigerian Institute of Quantity Surveyors and Member, Royal Institution of Chartered Surveyors, London.

He is a pioneer Procurement Officer in the Federal Civil Service of Nigeria way back 2005. From April 2002 to March 2005, he was a Sector Specialist at the Budget Monitoring and Price Intelligence Unit (BMPIU), more popularly known as the Due Process Office, and the precursor of the present Bureau of Public Procurement.

Mr. Olaleye ensures that procuring entities comply with the provisions of the Public procurement Act 2007 in the conduct of government business, through vetting of their procurement requests, organizing Procurement Audit, reviews petitions and participates in organizing workshops and in–house training programmes aimed at building the capacity of procurement personnel.

Before his experience as Deputy Director in BPP, Mr. Olaleye was at the Federal Ministry of Power, Works and Housing as Deputy Director Quantity Surveyor, from September, 2014 to July, 2016. Here he was responsible for procuring Solicited and Unsolicited Public Private Partnership Contracts for the Ministry. He had served as Chief Quantity Surveyor in the Ministry of Works, Housing And Urban Development from January 2009 to June 2010.

Mr. Olaleye was a Deputy Director Procurement, in the Compliance, Certification and Monitoring Department of the Bureau of Public Procurement (BPP) between 2016 and 2020 before his current position as Director of Procurement in the Ministry of Defence.