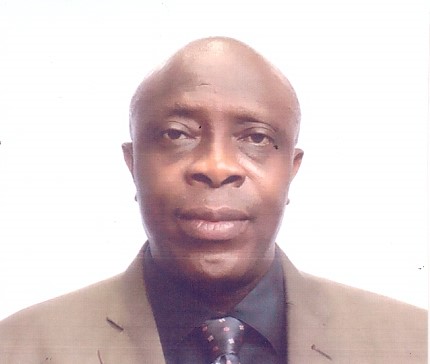 Odugbesan, Adebola Olukayode was born on 17 January 1966 in Ibadan, Oyo State. He attended Omolewa Nursery & Primary School, Ibadan for his elementary and primary education before proceeding to the prestigious Adeola Odutola College, Ijebu-Ode for his secondary education where he obtained his West African Examination Council Certificate in 1982. He had his ‘A’Levels at the Ogun State College of Education School of Basic Studies from 1982-1984, from where he proceeded to the Ogun State University, (now re-christened Olabisi Onabanjo University), Ago-Iwoye and obtained his Bachelor of Laws Degree in 1988. He thereafter attended the Nigeria Law School, Victoria Island, Lagos and was called to the Nigerian Bar in 1989.

After his compulsory National Youth Service Programme which he undertook with the Legal Aid Council in Port Harcourt in 1989-1990, he joined the Federal Ministry of Justice in October 1990.

Before joining the Federal Civil Service, he was schooled and grilled in the art of law in the Chambers of Olujinmi (SAN) & Akeredolu (SAN), which eminently prepared him for the service of his country.

As a State Counsel, he was in the Department of Civil Litigation and Public Law, appearing and defending Government in many cases from the High Courts up to the Supreme Court. He has also been Legal Adviser in the Nigeria Geological Survey Agency (NGSA), pioneer Legal Adviser of the National Environmental Standards and Regulations Enforcement Agency (NESREA), Federal Ministries of Aviation, Water Resources, Interior and the Office of the Head of the Civil Service of the Federation.

He has attended many Seminars and Workshops including Fraud Detection and Prevention Course, Strategic Management of Regulatory and Enforcement Agencies at Harvard Kennedy School, High- Level International Dispute Resolution Institute Programme on Arbitration, Mediation and Negotiation, Workshop on Oral Advocacy and Electronic Evidence and the Workshop on Inter Agency Synergy: An Imperative for Defence and Security Management, among others.

He is a member of the Nigeria Bar Association, Prison Fellowship of Nigeria, Associate, International Dispute Resolution Institute and Chartered Institute of Personnel Management of Nigeria.

He is married with four children and loves listening to Christian music, reading and football.