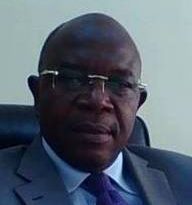 Mr. Charles Nwodo Eze was born on 12 0ctober, 1961 to the family of Chief and Chief (Mrs.)  Clement Nwodo,  of  Ukehe, Igbo_Etiti  L. G. A, Enugu State. He attended St. Peters Primary School, Ukehe, and completed in 1973 and later proceeded to Premier Secondary School, Ukehe, and obtained his General Certificate of Education (GCE) in 1979.

He gained admission into Nigerian’s foremost University, the University of Nigeria, Nsukka, where he obtained a Bachelor of Science Honours (B, Sc. Hons.) in Psychology, in 1985.

On completion of his service year, Mr. Nwodo took appointment with Directorate for Social Mobilization and Self Reliance (MANSER), as a Social Mobilization Officer in 1988, in charge of Igbo-Etiti LGA, in the then Anambra   State. Because of his gregarious nature, he was appointed a member of Election Committee and Security Committee of the Local Government.  In 1989, he was sent to ASCON to undergo a certificate course in Leadership Training. In 1992, he took up appointment with National Orientation Agency (NOA) as Orientation Officer, where he served as a Research Officer till 1999 when he transferred to Federal Ministry of Information as the Deputy Head, National Press Centre. In 2003, he served as the Chief Press Secretary to the Hon. Minister of Solid Minerals. In 2006-2007, Mr  Nwodo was appointed  a member of the Strategic Team, charged with the responsibility to reinvigorate the information machinery of the Ministry Information when there seems to be lapses in the way and manner information management and dissemination was handled.