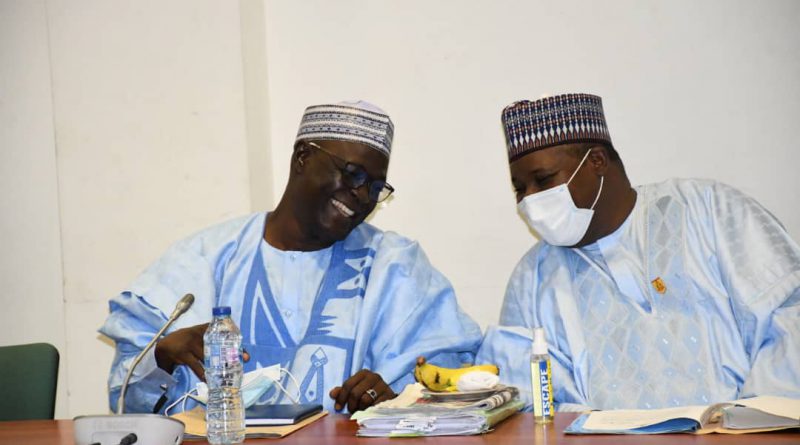 The Minister of Defence Maj Gen Bashir Salihi Magashi (rtd) has assured on President Muhammadu  Buhari’s commitment to improving the current trend and tempo in the production of the Military equipment for enhanced combat efficiency of the Armed Forces.

General Magashi gave this assurance at a two-  day Stakeholders Public hearing on a Bill for an Act to Enact Nigerian Local Content Act to provide for the Development, Regulation and Enforcement of the  Nigerian Content, organised by the Joint Senate and House Committees on Content Development and Monitoring.

The Minister of Defence who was represented by the Permanent Secretary Ministry of Defence, Babangida Hussaini said under his watch, the  Presidential Executive Order 003 and 005 of 2017 and 2018 have engendered a new template in empowering the Defence Industries Corporation of Nigeria (DICON) to attain higher indigenous productive levels.

He said the Military is well motivated, mobilised and empowered to look inward by the Commander-in-Chief of the Nigerian Armed Forces to professionally  implement the Local Content policy towards mitigating the problems  associated with the acquisition of platforms from foreign countries.  The Minister buttressed his submission by citing the recently inaugurated first locally manufactured Armoured  Vehicles, MRAPS and some range of Defence weapons.

According to him they include, Munitions, Small Arms and Light Weapons (SALW) as well as other  related items and Civilian Products manufactured by the Military  engineers at DICON.

While assuring the joint Committee Co-chaired by Senator Teslim Folarin and his Reps Counterpart, Legor Idagbo of sustaining the Military’s trajectory in blazing the trail in the nation’s technological development, he said the locally produced fighting equipment have drastically saved the country huge cost of importation of the military hardwares in hard currencies.

While at the National Assembly, the Permanent Secretary Ministry of Defence, Hussaini Babangida  attended the Public hearing of the House Committee on Public Accounts chaired by Honourable Wole Oke who adjourned the  appearance of the Ministry till next week.