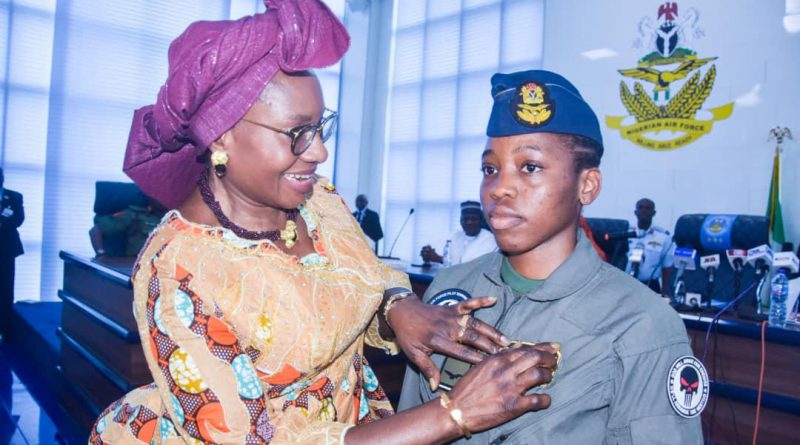 The Minister of Defence Major General Bashir Salihi Magashi (Rtd) has received the shocking news of the death of the Flying Officer, Tolulope Arotile, whose death occurred in an auto crash in Kaduna.
General Magashi while mourning the First Female Combat Pilot who was commissioned into the NAF in 2017 as a member of the Nigerian Defence Academy Regular Course 64 described her death as the exit of one of the finest and best national manpower asset.

He said that the deceased rendered an impactful but short service to the nation pointing out that the nation should be consoled by the maxim which says it is not how far but how well that matters in the voyage of life at personal, interpersonal and national levels.

The General noted that her death has cut short in its prime a robust aspirations and expectations of a brighter and better future of a promising career of Arotile in the nations anals of professional pilot records of service in the Nigerian Air Force.
General Magashi in a condolence message to the nation said we have lost a brave, gallant, courageous and patriotic Nigerian at a time when her service is needed most to upscale the tempo of Counter Terrorism and war against banditry plaguing the nations security architecture.
The Minister sympathises with President Muhammadu Buhari, Kogi State Government, the Nigerian Armed Forces especially the Nigerian Air Force family and the family of the late Flying Officer Tolulope Arotile and prayed God to grant them the fortitude to bear the loss.