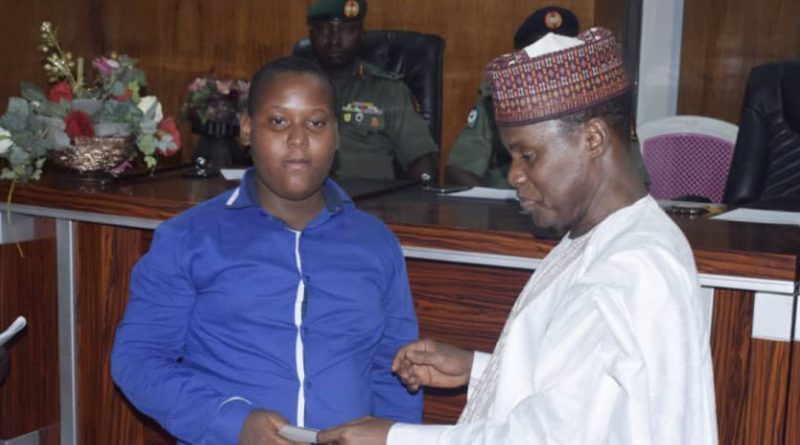 Ministry of Defence has presented cheques worth millions of naira, to Next of Kins of officers and men who paid the ultimate price in the line of duty while protecting and defending their fatherland.

Minister of Defence, Major General Bashir Salihi Magashi while presenting the cheques to 184 next-of-kins of the deceased officers and men of the armed forces who died in battle front in 2019, said the Federal Government will never forget the sacrifices made by the fallen heroes.

He added that the government could not compensate them enough for their sacrifices to the country.

The Minister also assured that the government will continue to pursue the welfare of those in battle front and the families of the deceased, especially in the area of their education.

Earlier, the Chief of Defence Staff, Gen. Gabriel Olonisakin, represented by the Acting Chief of Defence Administration, Maj. Gen Abraham Dusu, said the scheme was designed to address the plights of the deceased families.

Olonisakin also commended the minister of Defence for approving and implementing the group life insurance for the military to provide succor for families of deceased officers.

The Life Assurance scheme is part of the determination and commitment of the Federal government to cater for the families of deceased personnel and also serve as a morale booster for serving military personnel.